Archive for the 'You Asked For It!' Category 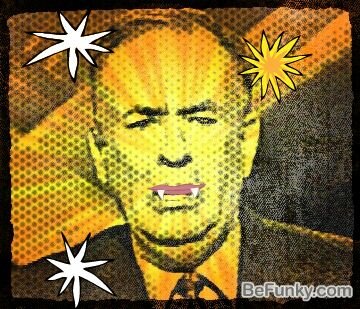 Okay, so, s.z. — in the manner of a hospitalized tyke asking Babe Ruth to hit a homer for her — ordered up a bold fresh piece of Bill O’Reilly, and while it’s a tall order, I can’t shake the thought of her sitting there, ear cocked toward the cathedral radio, waiting for that telltale roar of the crowd…

Bela Lugosi must be turning over in his grave — that is, if the stake through his heart would allow it.

Oh, Bill, you silly man.  Bela Lugosi wasn’t really a vampire — he wasn’t actually interred with a hawthorn stake through his heart.  He was buried with a morphine-filled hypodermic needle transfixing his forearm (otherwise known as a “Spiking Funeral”), in order to prevent him from rotating in his coffin.  It works on the same principle as the Club.

Lugosi, as you may know, became famous as Dracula in the 1931 movie based on Bram Stoker’s novel about a villainous Transylvanian blood-sucking vampire. For more than a century, Dracula and vampires in general were spooky cinema stalkers, usually dispatched with a sharp object in the chest.

Unlike creepy phone sex stalkers, who are usually dispatched with a lawsuit and a multi-million dollar out of court settlement.

But now they are a cultural phenomenon and a billion-dollar business.

CBS News is reporting that some crazed American teenagers are actually biting one another, even drawing blood at times.

Apparently, the Internet is full of vampire-type activities primarily posted by nutty fans of the “Twilight” series of books and movies.

And Bill is every bit the author Stephenie Meyer is!  There’s no reason he couldn’t revise his oeuvre to capture some of that sweet, sweet tweener Twilight scratch:

“Well, if I took you down there I’d want to take a shower with you right away, that’d be the first thing I’d do…Yeah, we would check into the room, and we’d order up some room service — steak tartare and a bag of plasma — and uh you’d definitely get two fangs into you as quickly I could get into you I’d get ‘em into you…maybe intravenously.  ‘Cause I’m a VAMPIRE!”

For those who lack a frame of reference for Romanian folklore

“You’ve somehow missed the last century of popular culture, which means you’re dead.  Although if you’re reading this, I guess you’re more likely undead…Which probably means you’re a vampire.  Which…probably means you already know all about Romanian folklore.  Okay, just forget I said anything.   Say, did you know werewolves are actually human beings who change into a wolf?  It happens on a lunar cycle, so it’s caused by menstruation, which is why Gypsies call it ‘the Curse.’” 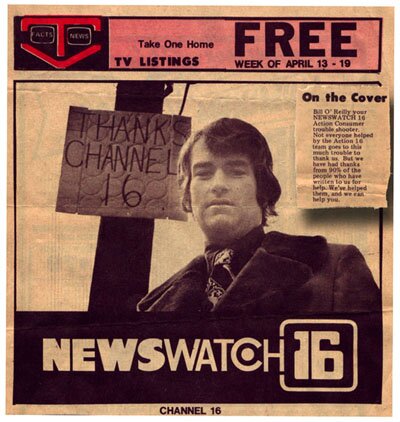 Wait a second…!  Here’s a picture of Bill from the 70s, and aside from the pimp coat and the Mod hairstyle, his huge face looks the same!  You realize what this means, don’t you?

Bill O’Reilly’s goiter is a vampire!

a vampire is a creature who can live forever but must drink blood to survive. Dracula was the Big Daddy.

It’s nice of Bill to teach Remedial Vampire, but according to the Factor’s demographics, most of his audience is old enough to have seen the Lugosi Dracula when it first came out.  And taken their kids.

But now there are all kinds of vampires living in neighborhoods near you, at least according to author Stephenie Meyer, whose “Twilight” books have sold more than 100 million copies worldwide. Meyer specializes in creating young, attractive vampires who are not all bad like old Bela, the pasty, nasty icon. No, the “Twilight” undead can be romantic and emotional, and the kids just love ‘em.

Yeah.  Say Bill, at any point during your in-depth study of vampire lore, did anyone mention that the Lugosi — pasty and nasty thought he may have been — became a huge sex symbol during his run in the original Broadway and touring productions of Dracula in 1931?  It’s probably no coincidence that vampires first came to public prominence as ancient roués secretly exchanging bodily fluids with nubile virgins in Victorian England, because it’s a perfect analog for modern social conditions in Utah and parts of Arizona.

In the movies, the three “Twilight” flicks have grossed close to a billion and a half dollars and have glamorized the fanged creatures almost beyond belief. Want to be cool? Suck a little blood; stay out all night.

So why is this happening? Boredom, that’s why. Many kids today spend nearly every waking moment stimulated by some kind of machine.

Usually one “shaped like a cock with a little battery in it.”  And after they climax, they can tell their girlfriend, or plaintiff, as the case may be, “I appreciate the fun phone call.  You can have fun tonight.  I’ll appreciate it.  I mean it.”

The younger crew is texting, playing video games, listening to up-tempo music on headphones or networking on their personal computers. All day, all night, these machines are available. After a while, real life means little. It’s too slow. Everything comes quickly on the machines.

Especially Bill, who’s had that Steely Dan rammed up his Factor Crack so deep and so long that technically, he’s shish kebob.

The kids are wired all the time.

Enter the world of the supernatural. Vampires don’t need school or jobs; they just float around having dramas.

Except the vampires in Twilight, who have been going to high school continuously for the past hundred years.  And keeping their heads down, doing their work, and avoiding drama.  (Believe me, I saw Twilight — those vamps spend their entire eternal lives successfully avoiding drama).   The rest of the time they spend soulfully playing classical piano, reading great works of literature, and playing pick-up games of “Vampire baseball.”  I swear, if they were any more wholesome they’d be Mormons.

And they look great. Even their long, sharp teeth are sparkling white. Their hair is perfect. When Dracula emerged from his coffin, wolves howled. When these “Twilight” vampires show up, plastic surgeons take notes.

In Twilight, when vampires emerge from Abercrombie and Fitch, hunky Native American dudes turn into wolves.  And then teenage girls howl.  So you can’t say Stephenie isn’t respecting the traditions.

When I was 10 years old, the Hula-Hoop was the big trend. The Hula-Hoop. Now, most 10-year-olds know all about these vampire types and their werewolf friends. And some of the kids are actually acting this stuff out in real life, at least according to CBS News. So what is to be done?

Well, maybe you should have put down the Hula Hoop and gone to the movies, big guy, because they were filled with vampires and monsters, from Christopher Lee’s first Dracula film for Hammer, to the low budget horror of Corman’s Attack of the Giant Leeches.  Or you could have even stayed indoors and watched TV, where millions of your fellow Boomers were discovering Dracula, Frankenstein, the Wolf Man, and the various Mummy flicks from the 30s and 40s.  The point is, Bill: 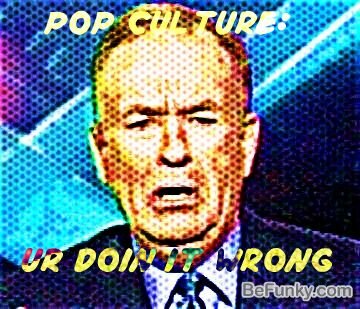 Actually, nothing. If you believe the worldwide book sales and film grosses, there aren’t enough stakes in the world to kill this vampire movement. These people may be dead, but boy, are they living large.

Well, the sad fact is, there probably aren’t enough steaks in Peter Lugar to kill Bill, so I guess we’re all going to have to live with our own personal bête noires for awhile yet.

Things That Go Grump in the Night, You Asked For It! | 24 Comments » D.Sidhe requested Cat Supplements, and since we love her dearly, here’s some special Pre-Post-Friday pics. Enjoy, D., and I hope things perk up soon.

“My belly is unbrushed and unruly. Get on that.” 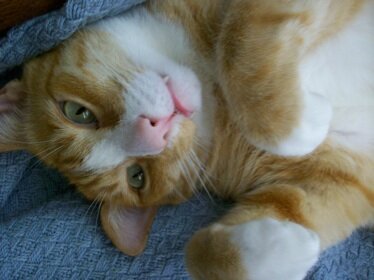 “Okay, I’ve got the fangs working…Now how do I sparkle?”